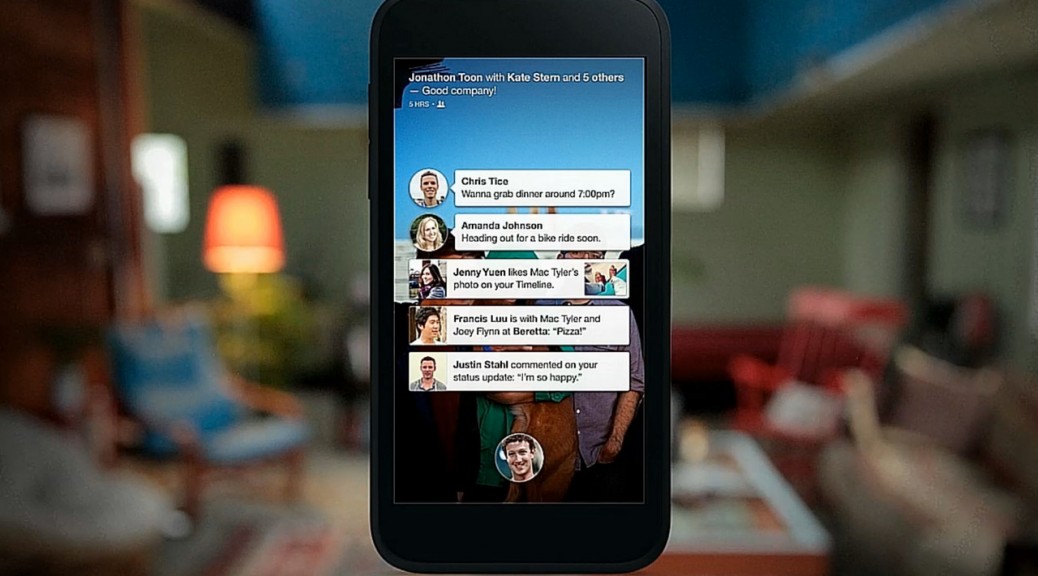 Honestly, you can’t blame Facebook for thinking new Facebook Home is going to change the world… for them it probably seemed like an excellent idea (for them)… just think of all that wonderful data they could capture by being permanently on a user’s home screen… all… that… data. It’s the stuff Facebook drools itself to sleep about.

But there’s just one problem. What’s in it for the user? Facebook’s promotional materials say we’ll have a constant stream of our friends fab photos and posts… how cool is that?! But they clearly haven’t thought this through because Facebook Home dramatically fails the ‘real world’ test.

Let’s be clear, my friends are an awesome bunch of people, that’s why we’re friends. They have some interesting views, do cool things and they are kind enough to want share them. Some of my friends are also keen amateur photographers, but most of them are like me and… well, the stuff we post on Facebook wouldn’t win any prizes, it’s just there to capture a moment… sort of like a Monet painting, but without use of light, or composition, or the ponds or bridges, or the artistic merit… and it’s mostly shit.

So the though of a steady stream of such photos filling my screen is really rather horrifying. Added to that there will be all the comments that come with such shots and you have a ready-made way to pollute my phone with stuff I really don’t want to see… ALL THE TIME.

On the other hand, like many people though, I am lucky enough to have friends who are pretty good at photography. Naturally, when composing shots, they tend to like a range of formats – landscape, panorama landscape, portrait… or square format as used by Instagram. They don’t shoot in the highly idiosyncratic tall portrait format that would be demanded of Facebook Home, so even their wonderful shots will be ruined as well. In fact, with the release of Facebook Home, Facebook has just effectively screwed Instagram (and I’d just gotten good at composing square photos!)